The Origins Of Vodka

Have you ever wondered where vodka came from or how it came about? Learn all about vodka's amazing origin story here. 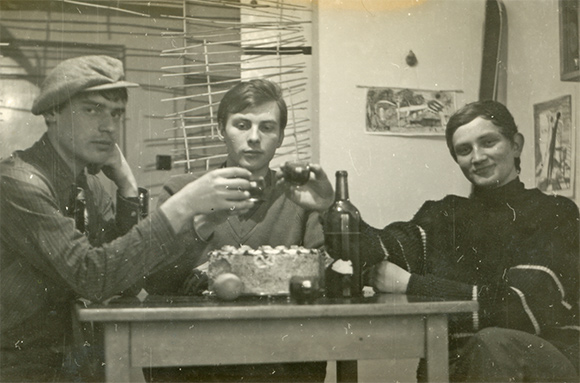 The general consensus is that vodka is the world's oldest spirit and first appeared around the 700-800's. What is less clear is whether the drink first appeared in Russia or Poland. The vodka name itself probably originates from the Slavic word 'voda' which means water.

During the middle ages it was actually used for medicinal purposes and sold in apothecaries. It was around the 16th century that vodka gained popularity as a drink with both peasants and the ruling classes. Vodka was so popular in Russia, that when it was banned in 1914 for the war effort, the peasants made their own moonshine vodka from grain. They made so much moonshine that there was a serious reduction in grain which in turn caused serious bread shortages. These bread shortages were one of the underlying causes of the Russian revolution.

Vodka really gained prominence in Western Europe and the USA in the post World War Two era. The flavourless taste of vodka made it a perfect ingredient for cocktails which were extremely popular at the time. Vodka is currently one of the strongest spirits with some Polish vodka brands with 80% alcohol content. Whereas vodka was first made using potatoes and cereals, nowadays the process uses fermented cereals and grapes.

Now that you've learned a bit about vodka's interesting history, why not learn about our vodka?

Your E-mail has been sent. We will be in contact with you soon.

Please refresh the page and re-submit the form.

SORRY
Your content caused an error and your email has not been sent.
Please remove any unusual characters and try again